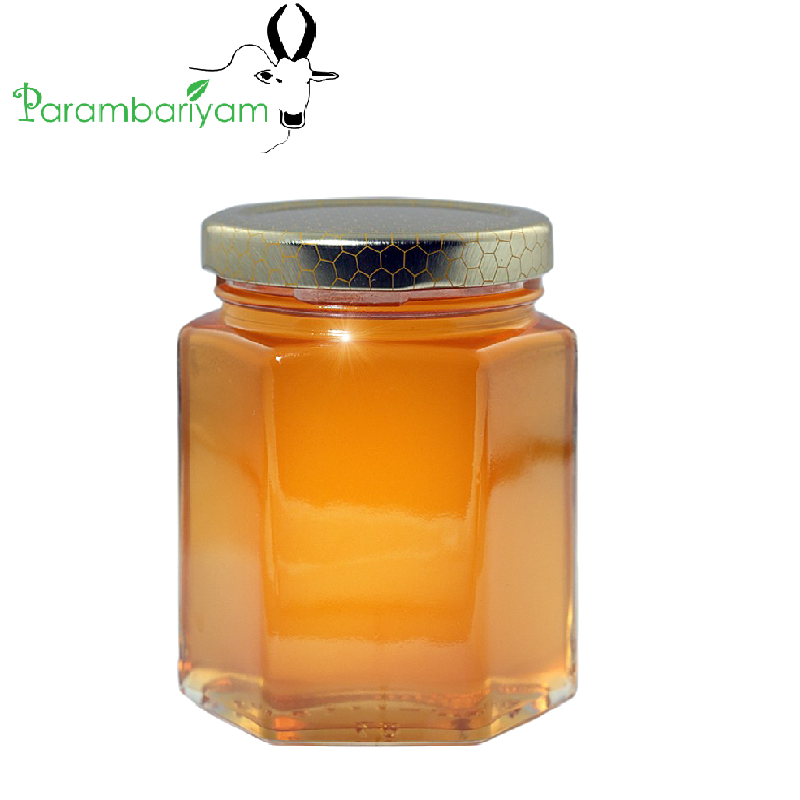 Raw honey contains natural sugars 80 %, water 18% , and minerals, vitamins, pollen and protein 2 %. It’s not surprising that honey has been called “the perfect running fuel.” It gives an easily absorbed supply of energy in the form of liver glycogen, making it ideal for energetic morning starts and as a pre- and post-exercise energy source.

Studies have shown that a daily dose of raw honey raises levels of health-promoting antioxidants in the body. Antioxidants help block free radicals in the body that cause disease. It also boosts the immune system, acting as a preventative against any number of diseases. Honey contains polyphenols, which are powerful antioxidants that have been shown to reduce the risk of heart disease and cancer.

Pure honey promotes restorative sleep in two ways. By consuming honey before bedtime, it restocks the liver’s glycogen supply and prevents the brain from triggering a crisis search for fuel, which can wake you up. Secondly, eating raw honey fosters the release of melatonin in the brain by creating a small spike in insulin levels, which stimulates the release of tryptophan in the brain

Honey-infused bandages are known to aid healing. Peter Charles Molan at the University of Waikato, New Zealand, has found in multiple studies that honey is a natural antibacterial with wound-healing effects. He also found that honey reacts with the body’s fluids to make hydrogen peroxide, creating an inhospitable environment for bacteria.

Consumption of raw honey can reduce the risk of developing diabetes and help aid medication used to treat diabetes. The combination of raw honey and cinnamon can be especially beneficial to healthy blood sugar management, as well as many other health concerns like gingivitis and acne.

Raw honey increases insulin and decreases hyperglycemia. Try consuming a little at a time and see how your blood sugar reacts to it, and add both raw honey and cinnamon to your diabetic diet plan.

Raw honey has been shown to be as effective in treating coughs as over-the-counter commercial cough syrups. Increasing scientific evidence shows that a single dose of honey can reduce mucus secretion and coughs.

For a cough, a half teaspoon to two teaspoons of Natural honey at bedtime is studied and recommended dosage for anyone over the age of one.

Be the first to write your review !